×
As conference participants come from different time zones, all scheduled sessions at the Conference are video-recorded.
Attending, presenting, and facilitating at the EAC2021 Conference is an indication of consent for the video-recording of the sessions you join.
The Conference is full! Thank you very much for registering. We look forward to seeing you all on 20 May.
how to develop own website 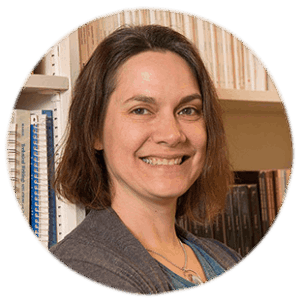 Blurb: When Writing Across the Curriculum (WAC) and English across the Curriculum (EAC) practices are first adopted by individual instructors, units, and institutions, there is often a great deal of excitement. But what happens after that initial excitement wanes? How may it be sustained? Dr. Michelle Cox will draw on the whole systems approach to sustaining WAC programs (Cox, Galin, & Melzer, 2018) to discuss ways to sustain WAC | EAC practices used within the classroom as well as across broader communities and networks within the institution. She will also open questions about how this U.S.-based framework may be adapted for other contexts.

Bio: Michelle Cox, Ph.D., directs the English Language Support Office, a writing and speaking support program for multilingual and international graduate and professional students at Cornell University, in Ithaca, New York. She was formerly faculty at Bridgewater State University, where she launched and directed a Writing Across the Curriculum program, and Dartmouth College, where she initiated graduate writing support. Her scholarship focuses on Writing Across the Curriculum (WAC), multilingual writing, and graduate communication support.

Her publications include four co-edited collections—Second Language Writing in the Composition Classroom: A Critical Sourcebook (2006), Reinventing Identities in Second Language Writing (2010), WAC and Second Language Writing: Research toward Linguistically and Culturally Inclusive Programs and Practices (2014), and Supporting Graduate Writers: Research, Curriculum, and Programs (2016)—and a co-authored monograph—Sustainable WAC: A Whole Systems Approaching to Developing WAC Programs (2018). Her publications also include nineteen book chapters and nine journal articles, with her work appearing in Across the Disciplines, Composition Studies, and the English Journal.

She is founding co-chair of two national professional organizations—the Consortium on Graduate Communication and the Association for Writing Across the Curriculum—and a regional professional association—the Northeast Writing Across the Curriculum Consortium. She has served on the editorial boards of the WAC Clearinghouse and Across the Disciplines: A Journal of Language, Learning, and Academic Writing, and on the advisory boards of Double-Helix: A Journal of Critical Thinking and Writing, Journal of Second Language Writing, and College English.
She is the recipient of two teaching excellence awards from Bridgewater State University: the 2010 Presidential Award for Excellence in Collaboration to Improve Teaching and the 2012 Presidential Award for Distinguished Teaching. She is also the recipient, with Jeffrey Galin and Dan Melzer, of a 2020-2021 CCCC Research Initiative Grant, which they are using to research the efficacy of the whole systems approach to developing sustainable WAC programs. 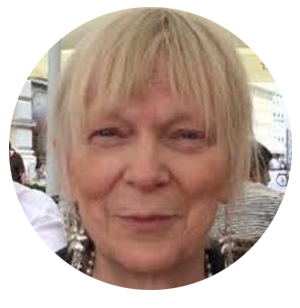 Title: Curriculum-making through a pluriliteracies approach: learners and teachers as designers of bilingual learning

Blurb: This session will explore the meaning of practice-oriented curriculum-making through the lens of a pluriliteracies approach. It provides a rationale for learners and teachers together co-designing what happens in bilingual classrooms and suggests ecological mapping where both teachers and students support and sustain conceptual and linguistic progression. A particular focus will be on the importance of mentoring learning and promoting the development of a growth mindset in learners building resilience and agency – at any age any stage through transparent and inclusive practices. Examples will be drawn from classroom practices.

Bio: Do is an international expert in the field of CLIL (Content and Language Integrated Learning) after having spent her career both as a languages teacher (French, Russian and English) in a wide range of schools in the UK and France, and as an academic, working and researching ways of improving learner experiences in classrooms where other languages are used as the medium of learning. As an early pioneer of the CLIL movement in Europe, working with bilingual teachers, she developed the CLIL 4Cs Framework and the Language Triptych which has now been adopted and adapted globally for guiding and planning pedagogic approaches for bilingual learning and CLIL classrooms. Do has gained worldwide acclaim through her drive to enable teachers and their learners to have confidence in developing conditions for deeper learning and especially in ensuring that learning is spatially designed, cognitively challenging – built on linguistic progression – and is interculturally connected. At the University of Aberdeen (2008-2017), where she held a 6th Century Chair in Learning Innovation and was Dean of the School of Education and Music (2012-2016), her work as a founder member of the Graz Group involved a transnational research team, funded by the ECML. The Graz Group is currently developing a PluriLiteracies approach to Teaching for Deeper Learning (PTDL) and is constantly exploring ways of achieving sustainable deeper learning across languages and contexts.

Throughout her career, Do has also focused on ‘shared learning’ and technology-enabled spaces which enable all learners to connect with other learning sites – from the very local to the very global. She was co-lead for the Visual Learning Lab (University of Nottingham) and led a team building the technology-enabled professional learning (TePL) network in Aberdeen. She has a keen interest in developing spatial awareness in pre-service teachers and the need to evidence how space ( inside, outside and across physical boundaries) impacts on learner attainment, achievement and sense of self-worth. Her current post at the University of Edinburgh (2017-) as Professor in Languages Education and Classroom Pedagogies returns to focus on educational linguistics, language education and technology-enabled shared learning – where her heart lies. Working in a collaborative team across all Scottish universities, which successfully developed the National Framework for Languages (ITE), Do’s work focuses on developing Language Education in MHSES and pedagogic approaches to support bilingual education in different forms whilst promoting pluriliteracies skills for all learners. She also aspires to develop the network and a distinctive research profile for the Shared Learning Spaces Lab to encourage more teachers to rethink ‘space’ for shared learning and its impact on their learners. She is currently Director of the Language Education Research Hub at Moray House.
A simple tenet drives her work: educators, practitioners and learners are experts – they are the researchers who need to ‘own’ their practices, be digitally connected and collaboratively build shared learning spaces (SLS) for optimum conditions for deep learning. Above all, she believes that language is our greatest learning (and teaching!) tool.
She became a Chevalier dans l’Ordre des Palmes Académiques (1998) awarded by the French Government for services to education promoting European Teacher Education and holds a Lord Dearing Award for Excellence in Teaching in Higher Education(2002). 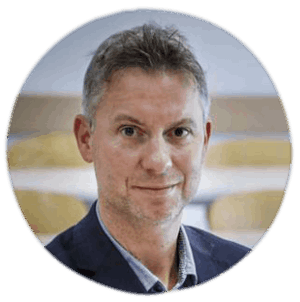 Title: Researching pluriliteracies: towards an evidence-based understanding of deeper learning

Blurb: In the plenary, Professor Oliver Meyers will present and discuss empirical data from three intervention studies which investigate the role of language on depth of student learning in secondary education. The studies are based on the presumption that deeper learning rests on the development of domain-specific knowledge. A Pluriliteracies Approach to Teaching for Deeper Learning (PTDL), which aims to facilitate deeper learning through an explicit focus on disciplinary literacies and subject specific language as a means to promote conceptual understanding, was used to design tasks and materials for the experimental groups. Both control and experimental groups were selected from within existing CLIL branches through direct experiment control in order to control for variables. Taken together, these studies offer new insights into the nature of deeper learning in three school subjects (chemistry, geography and history), the complex interrelation between conceptualizing and communicating content in both written and spoken form, and the tools and methods required to assess and evaluate these processes.

Bio: Dr. Oliver Meyer is professor for English-Didactics at the Johannes Gutenberg-University/Mainz. He is also a qualified teacher of Geography and EFL with several years of CLIL-teaching experience.

From 2008 – 2013, he worked as a pre- and in-service teacher trainer at the Catholic University of Eichstaett. As a CLIL-expert, he was co-responsible for the in-service training of the 150+ middle school teachers involved in a CLIL pilot program in Bavaria.
His Ph.d dissertation is on instructed strategy use and its effect on oral language performance in young CLIL language learners. He is especially interested in developing and disseminating cutting-edge, evidence-based teaching strategies.
Oliver Meyer has authored several CLIL and ESL textbooks and is currently working on a conceptual framework for the next generation of digital textbooks (Learnscaping: Beyond the digital textbook).
He is a member of the CLIL Cascade Network and has been invited to teach CLIL courses in many European countries. In 2010 he co-organized the international CLIL 2010 Conference (CLIL 2010: In Pursuit of Excellence) in Eichstaett/Germany. In 2010, he was awarded first prize at a prestigious competition for innovation in teacher training (Pädagogik Innovativ 2010).
He is currently coordinating “CLIL 2.0: Literacies through Content and Language Integrated Learning: effective learning across subjects and languages”, a project (2012-2015) for the European Centre for Modern Languages (ECML). The Graz Group is made up of experts such as Christiane Dalton-Puffer, Do Coyle, Ana Halbach, Irina Hawker, Ana Llinares, Roy Lyster, David Lasagabaster, Gerrit-Ian Koopman, Yolanda Ruis-Zarobe, Kevin Schuck, Teresa Ting, Johannes Vollmer & Rachel Whittaker.
Prof. Meyer is a reviewer for journals such as Applied Linguistics, The Language Learning Journal and Sage Open. Selected Plenaries in 2014: Think CLIL 2014 (Venice); CLIL CORE (P. d. Mallorca); CLIL (Hongkong)